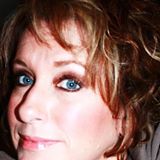 Yesterday Joan Rivers died.  She was one of the few people who could make me laugh out loud.  It’s not that I don’t find things humorous; it’s just that humor has to strike just the right nerve on just the right topic revealed in just the right way to actually make me chuckle or (gasp) guffaw.  There have been others of course, Robin Williams and George Carlin, but I was never a big fan of the icons of the craft, Lucille or a Carol Burnett.  I favor layered and subtle but sharp-edged humor, all in one package.

Recently I was fortunate enough to share a book signing event with author, columnist, and humorist, Carole Townsend.  No, she didn’t keep us entertained with clever one liners during the three long hours we waited behind our respective tables for our adoring fans (that’s my attempt at humor), but there was something that hovered in the air over her table that I couldn’t ignore.  Carole’s broad smile and effervescence — I can’t think of a better word — permeated the room.  If you had had to guess, you’d definitely have figured her for a humorist. Of course there was one dead giveaway–the cover of one of her earlier books displayed on her table featured a cascade of enormous folds of flesh of (fortunately) an anonymous woman, the words Southern Fried White Trash in grease paint on the belly.  Only someone with a sense of humor and utter confidence could pull that off.

After learning that Carole is a freelance writer for one of the local newspapers, I checked out her column.  No Erma Bombeck or Lewis Grizzard whom others have likened her to, this was all straight talk about tree ordinances, zoning changes, and sidewalk projects.  If Carole found humor in those topics, she kept it to herself.  But, never fear, turn to Carole’s latest book Magnolias, Sweet Tea, and Exhaust.  Yep. There’s humor in them thar pages!  Carole took on the challenge of understanding the male-dominated steeped-in-the-south sport, or way of life, and then finding a way to explain to the uninitiated what it’s all about.  One of my favorite lines from her months of first-hand observation and a ride around the track at break-neck speed had to do with $400, eleven inch tires that wore out “faster than cheap flip flops on hot concrete.”

Look for that and many other funny lines in her book.  We can all use a laugh right about now!